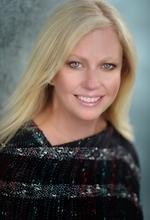 Donatelli brings experience in downtown-area real estate, including as a resident, and in hot neighboring areas such as Lawrenceville, Bloomfield and the East Liberty area. Her office is located on the street level of the Gateway Towers building, at 320 Fort Duquesne Boulevard in Pittsburgh, just across from the Wyndham Grand Pittsburgh hotel.

Donatelli transitioned into her current role after working for decades in her family’s business, which has deep roots in residential and commercial real estate construction supply. Prior to its acquisition by another firm, Pittsburgh-based Donatelli Granite Fabricating was a family-owned company that continues to serve builders of homes, offices, hotels and other commercial properties.

Donatelli’s interest in focusing specifically on her own path in the real estate business evolved from working for decades with her father and sister in the family business. Years of experience working with home builders and commercial developers will be valuable in assessing the needs of today’s local buyers and sellers.

Now that she’s firmly planted on the real estate agency side, a few of the factors helping drive Donatelli’s enthusiasm for the market include Pittsburgh’s reasonable cost of living, the ease of living within a brief commute to work, and an abundance of the many local cultural and entertainment attractions. A critical mass of positive forces is putting the area on the map for good reason.

“The people who are moving here from New York and other big cities like being in the middle of city things and city life,” Donatelli says. “Places like Lawrenceville, Downtown and The Strip District offer so much of that between all the restaurants, theaters and other cultural attractions.”

That proximity is especially important to clients like one new Pittsburgh resident with whom Donatelli worked. She helped him find a downtown home just blocks from his office at the BNY Mellon Center, making for a quick commute plus easy access to everything in the downtown area and beyond.

Donatelli appears especially upbeat about the new energy driving the activity in Pittsburgh’s residential and commercial growth. Along with new housing and retail space, the expansion of public infrastructure projects is raising the quality of life here. Bike lanes and other improvements are part of that visible momentum moving Pittsburgh forward.

An influx of distinctive new hotel properties hasn’t hurt either. The new Ace Hotel in East Liberty, the Homewood Suites in the Strip, and several new properties downtown, including the Hotel Monaco and the Fairmount downtown, have brought new rooms, dining options and cultural to the city.

The landmark Union Trust Building is a specific example in the city’s downtown core where real estate activity is making news. Famed Pittsburgh industrialist and benefactor Henry Frick built the Flemish/Gothic-style structure in the early 20th Century, originally as a shopping arcade. (The Union Trust Company purchased it some years later and renamed it.) Today the building is undergoing a major renovation and will feature two new street-level restaurants as well as a 10th-floor theater.

“Downtown and nearby is where everybody wants to be,” Donatelli says. “So many new residents are moving to Pittsburgh for work, and they don’t want to commute very far.”

It all makes for a promising future at Achieve. As a family-oriented professional, Donatelli speaks fondly of the business she helped her father and sister build. It’s also part of why she wanted to bring her expertise and industry connections to a locally owned agency while redefining her own track record for success.

“We had a good run,” she says. “We developed really wonderful relationships with lots of people. It will be good to build on that.”

Welcome to 1030 Eve Dr, Unit B. This lovely (3) bedroom, (2) full bath condo has a beautiful floor plan and has elegant selections throughout. This highly sought after...